While the very expected Cyberpunk 2077 got delayed because of the recent coronavirus pandemic, we developers have no time to loose since many of us were actually working from home before it was cool. In this mood, cyberpunk style city asset: Neon City is getting more content with its first grand update: version 1.1 for you guys (and a small percentage of you girls too) to create cool game environments from home. Check out the teaser:

What's new for my cyberpunk environment?

It's not named "grand update" for no reason. In fact this version 1.1 includes near 140 new prefabs making the total ammount rise close to 400 different pieces for your cyberpunk city builder.

Most relevant changes for this version are easy to spot comparing the new demoscene with the old one. At quality level it's remarkable to say that many new 2k tileable materials & textures has been added to the collection.

On the building side it's important to notice there are 2 new ways to rise the city vertically:

Both of them works rising the floor of the city in different heights. levels are quite lower and could be reached with a low ramp while city walls are much higher and requires from a special block with stairs. Also city walls works as it's own name means... walls. So are very useful to close your environment when required.

Someone spot in the Neon city reviews that sidewalks were not the best of this asset... and we listen to you. So that's another change for this new version. New street assets with also new sidewalks, including specific decoration assets for road marks, signs and other stuff such as bus stop, traffic light, etc. But that's not the only deco that has been added. More new stuff is inside the pack!

Another improvement comes at the top... with roofs. Noticing that wasn't almost impossible to create quality roofs with the previous assets, the decision was clear. It should be able to create low height buildings with visible roof. And now it's possible, with different roof versions.

This update also includes several premade buildings making it easier for a beginer to start building your level.

Finally the result is spiced with a bigger demoscene wich includes all new stuff and a free proxy character (Robot Ico) to test the scene both from top/down camera or 3rd person style. 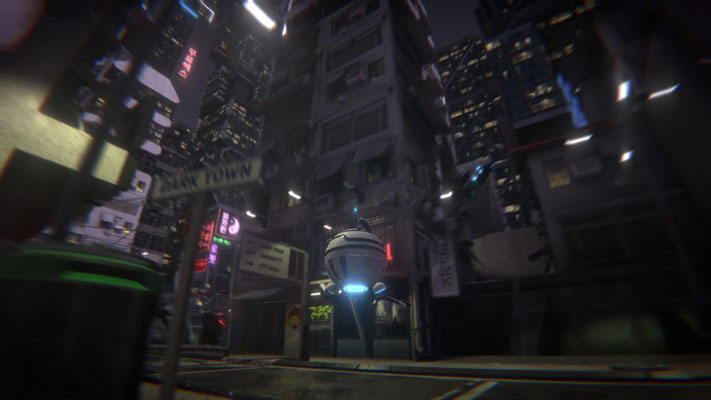 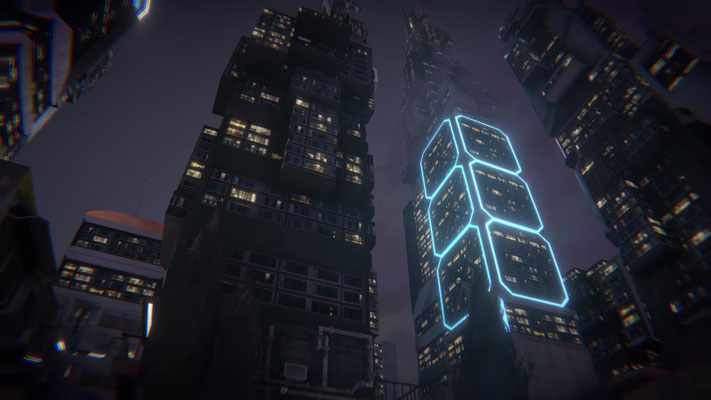 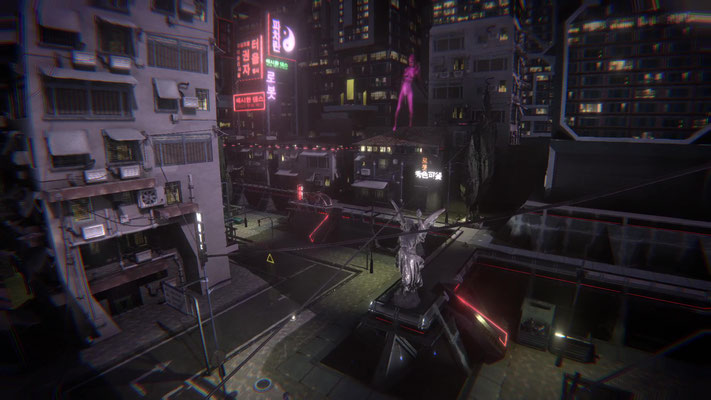 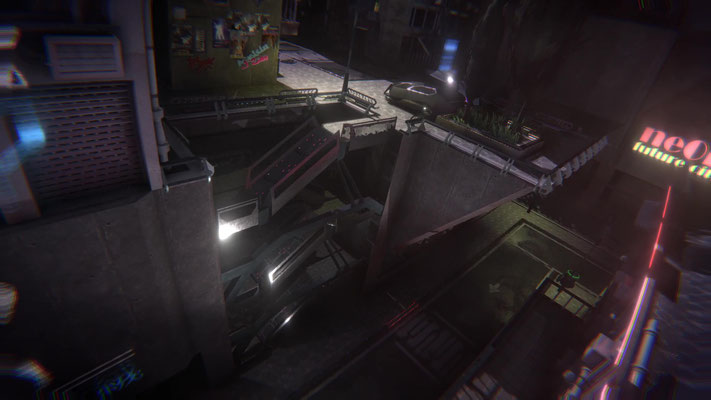 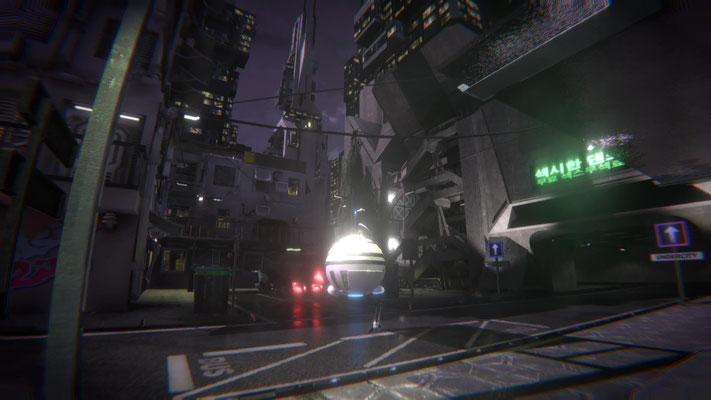 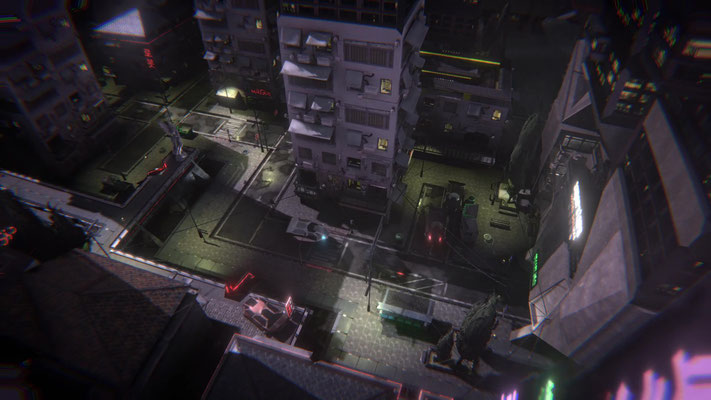 Check all details about this asset in our website, including prefabs included and all updates and content for each version. 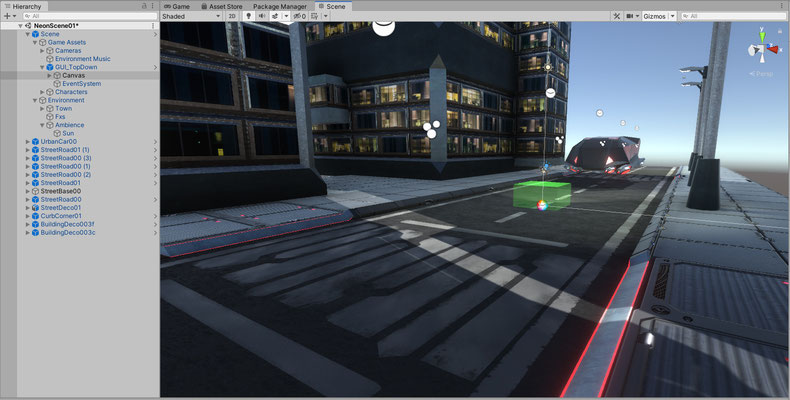 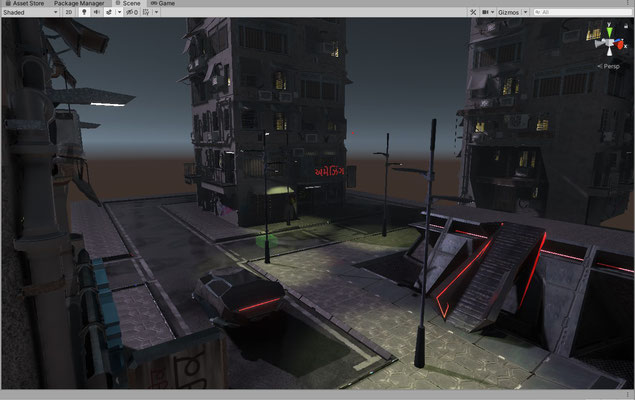 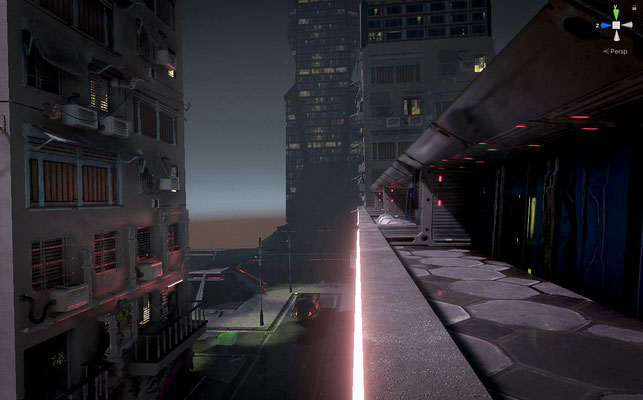 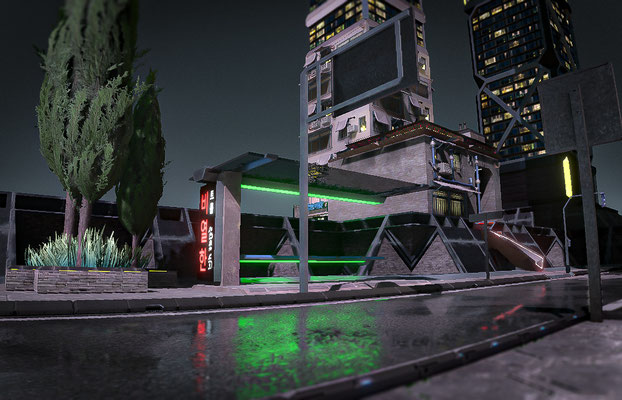 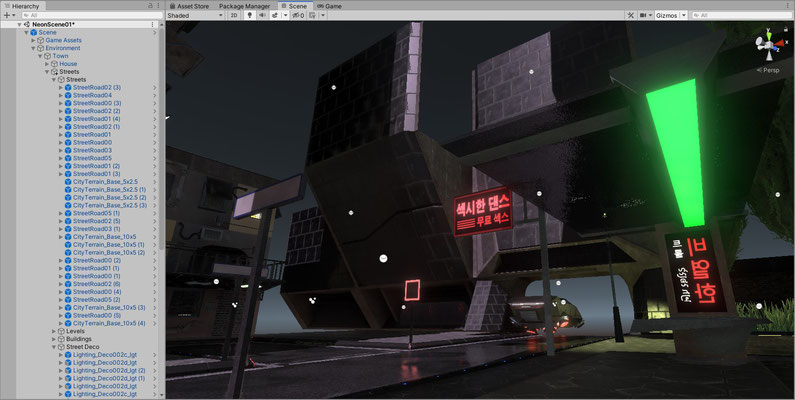 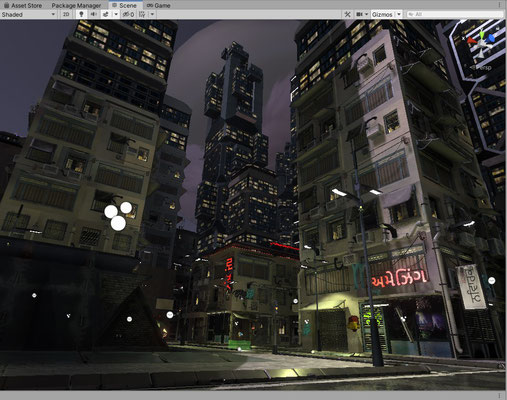 Ok, the previous version of Neon city was actually quite nice and easy to work with... but it had some not-so-cool stuff like the lack of roofs for buildings, weird sidewalks for streets, textures that could actually be much better, only one small scene, no street signs or marks on the roads... If you've ever designed something to be sold and you're artist you may probably know the feel when you must finish the work due deadline but you're not 100% happy with the result. Well that happens a lot to me. It's business issues.

That's why I love to make mayor updates, because there's allways many stuff that couldn't get to the final release. Even with this update, Neon is still waiting for many cool stuff that should come in the next ones.

For those who love to know how this assets are created and how to work with them follow Daelonik Artworks to stay tuned with the last news.