To find the best references is a nice habit to take your camera to every place you go. The knowledge of the reality always comes first than the creative process. It's the mind who draws, not the hand.

We as humans love to create. When we're young all of us like to draw stuff and mostly is just garbage, but it has the spark of the most creative mind in the world. That one that finds everyting new and interesting.

As an environmental artist ( I dont call myself just that.. but I'ts one of the things I like to be) you can find the best references for almost every place you want to create or recreate just looking with a curious eye at the real world.

That's what I found while moving from Madrid to Granada. (Spain). An ancient city from a long forgotten civilization in the middle of what we can easily call "a really boring place". If you are not from Spain, this location is in Castilla la Mancha, where the stoires of Miguel de Cervantes' "El Quijote de la Mancha" takes place.

It looked like a great reference for my pack "Ancient Ruins" so I took my cameras to get textures, panoramas & pictures.

I was one of those childs who watched Indiana Jones when I was young. I also wanted to be like him. Find amazing old misteries in a long forgotten land... such an adventure!

Being an archeologist is not that amazing and also... not very well paid as Indie was. But deep in yout heart, if you are an adventurer, you'll allways be.

In the 2000 century some impressive changes did happened in our civilization, and I think, one of the most important was what we call "the internet". I could talk until you get bored of it, but my concern this time is a completely "new feature" that internet gave us: Access to satellite world maps.

Using Google Maps I found a weird-looking mountain in the middle of nowhere. It looked like a big city wall with a smaller one inside (like a citadel).

The remains were few and very much covered with clay and mud. (Wich, in fact, was adobe. Probably the result of a hole city that has their upper side biuildings made with mud, plus two and a half thousand years of erosion.

This hidden place can be found in Castilla la Mancha, near Andalucía. The city belongs to an old iberic civilization called "Oretania". This people lived from the noth side of Sierra Morena to the Anas river (Guadiana) wich nowadays are the provinces of Ciudad Real, Albacete, northwest Cordoba, north Jaén & west Albacete.

This city of the ancient Oretania developed between s.IV to s. III bC and existed before the roman invasion that turned the Iberic peninsula into Hispania, a roman province. There are no clues about this city being conquered by the Roman Empire. It is a big buried city, one of the biggest of their time in this place of the Earth. Even though it was totaly forgotten until 1985.

And that's the power of technology. From the ground, it looks like a bunch of rocks in a clay hill, but from space it's quite easy to spot in a satellite map because of his big size. 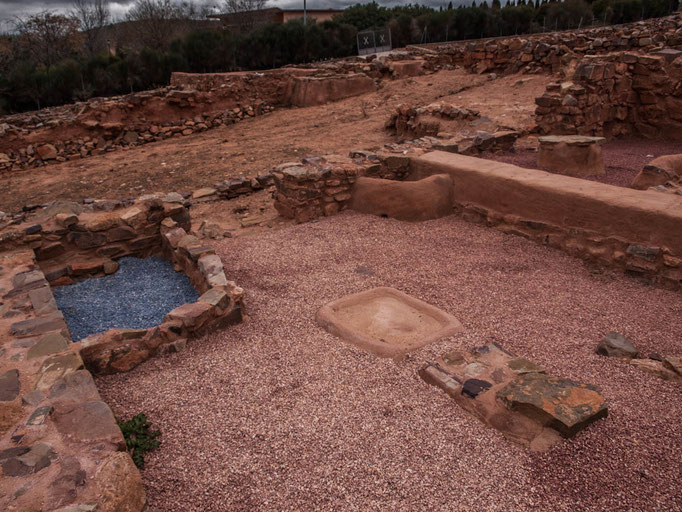 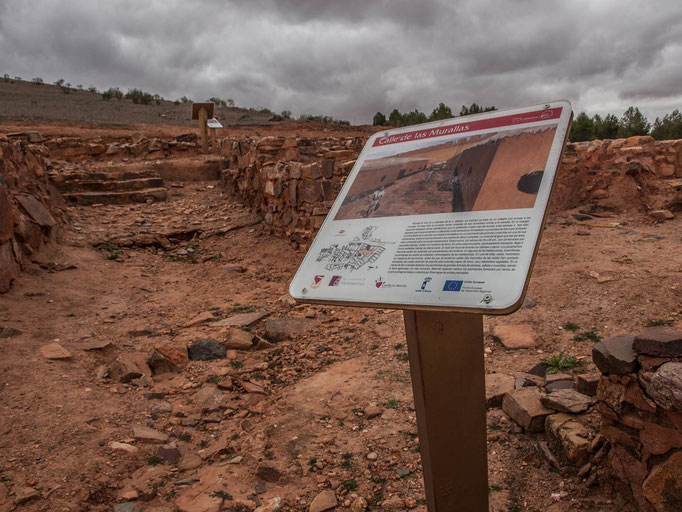 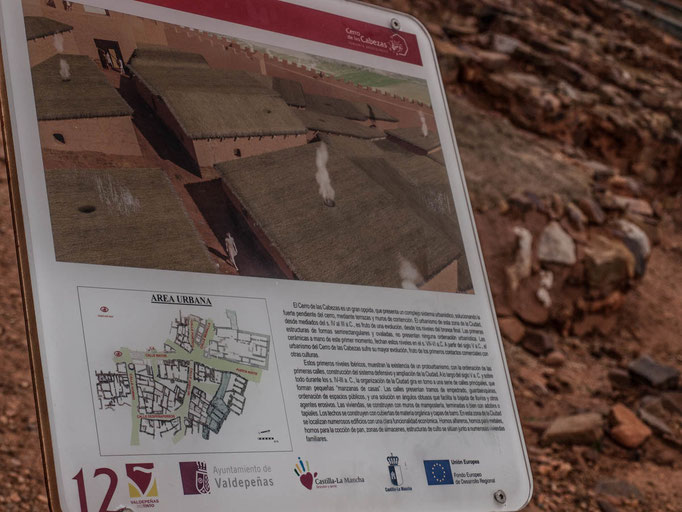 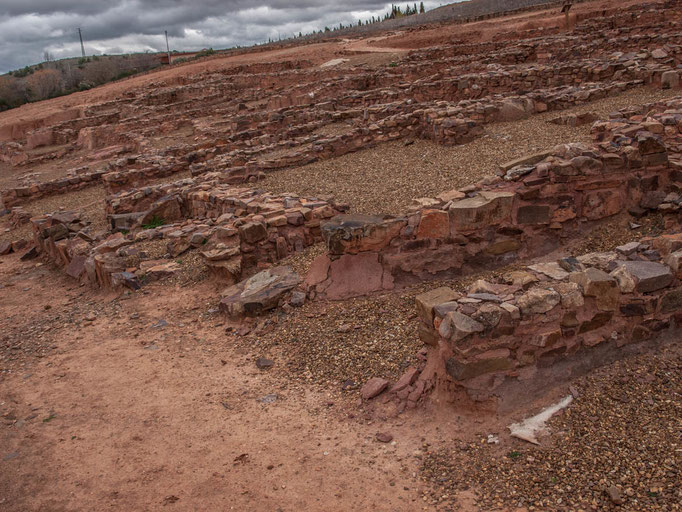 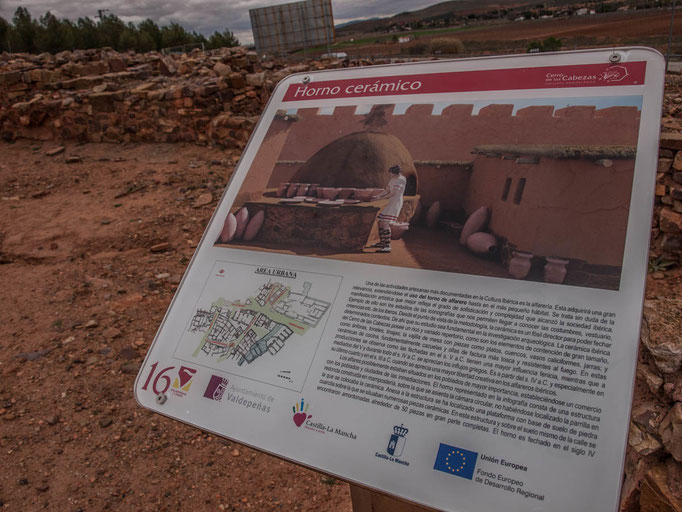 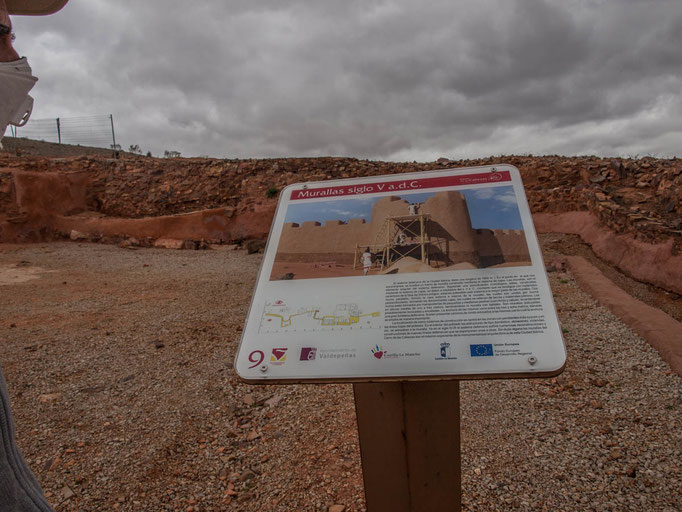 It's interesting to think about how one of the big cities of the hole iberic peninsula was buried without a known reason and noone never asked again for longer than two millennia. Misteries are everywhere if look close enough!

As you can see in the satellite map, the city is still buried. Only a little fraction of the hole place has been excavated. And, for the reccord, the place looks pretty much abandoned again. I guess there are no money to know where do we came from.

Down here you can check some material from the unexcavated part of the ruins. 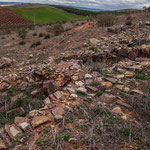 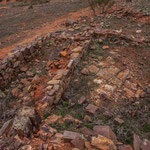 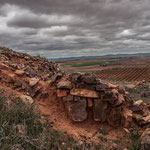 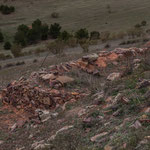 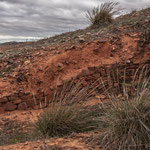 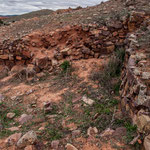 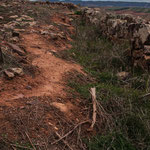 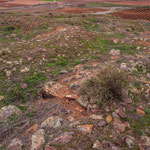 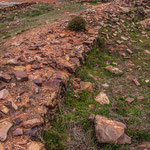 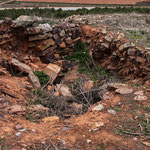 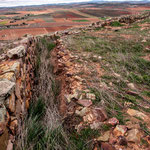 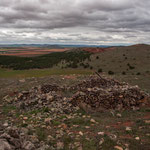